Home > Basics of Business > Starting Up > Entrepreneurship - you can't teach that?

Entrepreneurship - you can't teach that? 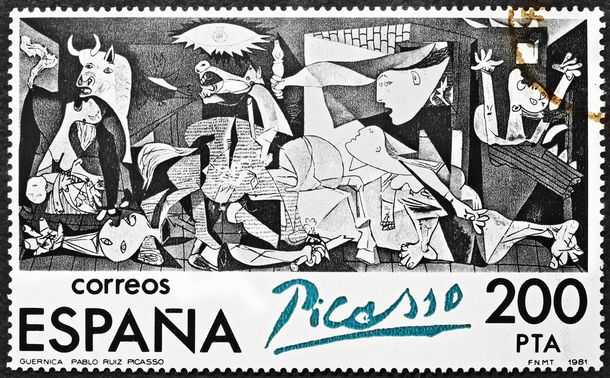 Guernica - one of Picasso's most innovative works. The result of an artistic gift given at birth or hard work?

In the lead up to the 2016 Olympic Games in Rio the BBC conducted an online public vote that found 62% believed Olympic champions were made versus 38% who felt they were born.

In the sports arena the ‘nature vs. nuture’ debate is frequently explored. In 2015 Gabby Logan, the BBC Sport presenter & ex­-Wales Commonwealth Games gymnast, even went as far as to send the DNA of her family to a laboratory in London to try and find out how much of sporting talent “boils down to what we are born with”. In another experiment a table-tennis coach – Ben Larcombe – wanted to prove he could turn an adult, without any past experience, into one of the top 250 best table tennis players in Britain within 12 months, simply through 500 hours of training.

The individual Ben chose for his experiment was his childhood friend Sam, a budding entrepreneur.  Which then begs the question – can entrepreneurship be taught or is it something people are born with?

Entrepreneurship is not sport

Let me start by saying that I’m no professional researcher or scientist. I’m simply a sports enthusiast and avid reader of sports books, and am very much in the ‘you can teach it’ camp. But is the field of entrepreneurship different to sport?

Serial entrepreneur, and face of the UK Apprentice show, Sir Alan Sugar certainly thinks so. He’s been quoted as saying – “I often say it doesn’t matter which business school you go to or what books you read, you can’t go into Boots and buy a bottle of entrepreneurial juice. Entrepreneurial spirit is something you are born with, just like a concert pianist’s talent.”

The example of Sir Richard Branson, another entrepreneur who like Sugar left school at 16 to get started in business, adds for many people further evidence to the argument that entrepreneurs are born not made. These people are natural risk takers, have an innate ability to spot opportunities, and make millions as a result. Such traits so the theory goes simply cannot be taught.

Research into the topic has also now been part of the conversation for many years. Through a study of Italian entrepreneurs, Dr. Olmo Silva of the London School of Economics, concluded that although a talent for multiple fields plays a role in becoming an entrepreneur, “…it does so as an innate ability”. In other words entrepreneurs are born not made.

In 2015 Amway completed their sixth year of research into entrepreneurship around the world analysing the key characteristics of entrepreneurs and the entrepreneurial spirit. One of their reports stated that to become a successful entrepreneur you need to be in possession of the ‘e-gene’. Identified by Chris Coleridge, again of the London School of Economics, the e-gene is categorised by the following six different personality traits – minority/disadvantaged group; disability; risk-lover and optimist; independence and social distinction; and need for achievement and power. Coleridge argues that a combination of these six traits can be identified in all successful entrepreneurs.

But what about Picasso and Nietzcshe?

Coming back to Sir Alan Sugar’s point though about entrepreneurial spirit being “….something you are born with, just like a concert pianists’s talent”, I am reminded of an example provided by Matthew Syed in his book 'Bounce: The Myth of Talent and the Power of Practice'.

Although not a concert pianist Syed brought up the example of a different type of artist – Pablo Picasso, the world famous painter and sculptor – and his painting Guernica, regarded as one of the most innovative works in art history. Syed points out “…. we know a lot about how [Guernica] was created, because all 45 preliminary sketches are numbered and dated. And guess what? Guernica was nothing like a bolt from above….. Rather the sketches show how Picasso wielded the knowledge built up over 30 years to construct multiple layers….What seems like pure, untainted mystical creativity is in fact the consequence of a lifetime of devotion.”

Friedrich Nietzsche, the German philosopher and poet, put it a little more bluntly when he said. "Do not talk about giftedness, inborn talents! One can name great men of all kinds who were not very gifted. They acquired greatness, became 'genuises' (as we put it)."

Maybe it’s even more simple than that, and as Richard Branson has himself said – “Everyone has the potential to be an entrepreneur. It’s just that not everybody gets the opportunity.”

Whatever the side of the argument you come down on one thing seems pretty clear. There are enough examples of both types of ‘perceived entrepreneur’ – natural or taught – for the conclusion not to matter too much.

There’s only one way to find out and that’s to do it. You’ll certainly never know the answer from the sidelines.

Latest from Basics of Business

If you are planning to start a business and set up a limited company one thing is for certain. There...

When setting up a business in the UK you will need to decide what structure your business will take...